FIRST. Watch the webdrama at the following sites to increase the views; Naver, YG Entertainment, YGK+ TV and Insite TV.

Note: It will be wonderful if you watch the broadcast on the designated time, so we can spazz all together in twitter ^.^ Schedule: Premiere June 29, 2015 7PM KST Every Monday, Wednesday and Friday (same time) until July 19, 2015.

SECOND. Like the ‘We Broke Up’ Main page in Naver ~ LINK. PS. Naver account is a must-have for you to be able to like the videos/pages; 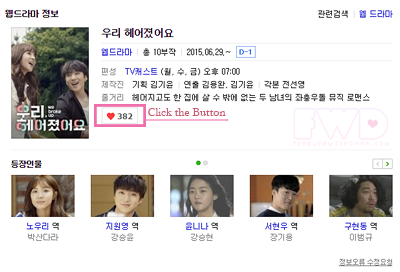 THIRD. Another support that Naver account is needed ;), Every episode on Naver TV, you will see a ‘♥️’ button below the Video, simply click that button then ta-da ~ 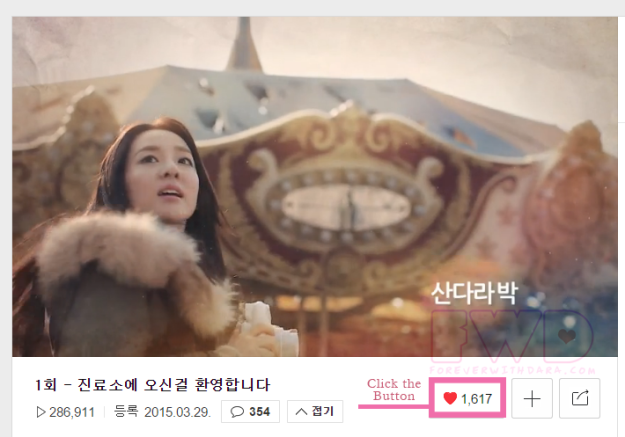 FOURTH. Since we’re talking about Naver, (and while you’re in Naver keke) Keep searching “우리 헤어졌어요” ”  (Trans: We Broke Up) by putting it at the search bar. 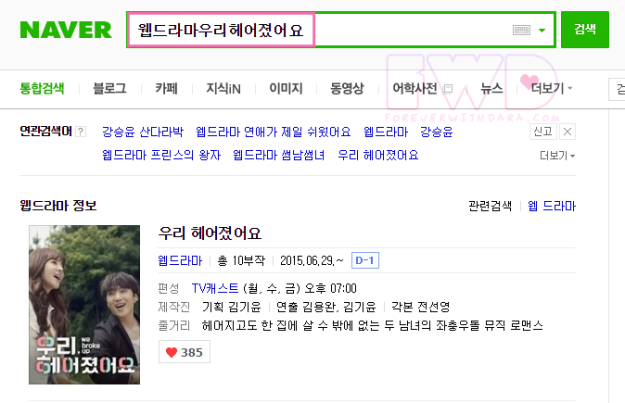 FIFTH. Twitter! Yay ~! I know international fans can relate to this bwahaha!! 😂😂 We can spazz altogether by including the General hashtags “#WeBrokeUp” & “#우리헤어졌어요” in our tweets ~ every Mondays, Wednesdays and Fridays 7PM KST. We don’t need any format to tweet, just simply spazz and support We Broke Up!

*We (Dara’s Fansites) may change the hashtags to use per episode so stay tuned on our twitter! (@foreverwithdara)

Check your timezone HERE and HERE 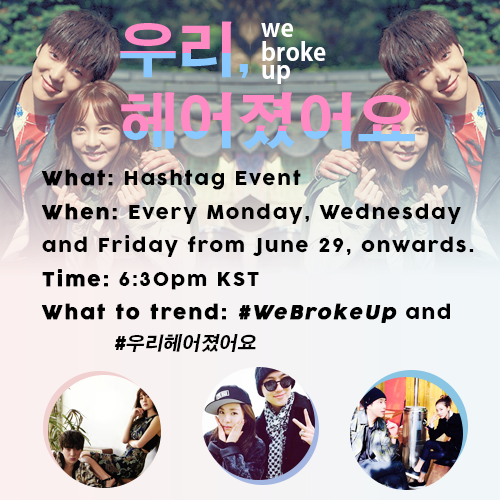 The most important thing in here is to show how we love and support Dara all the way, no matter what path she’ll take, we will always be right beside her.

LINK FOR MAKING YOUR NAVER ACCOUNT TUTORIAL ~ HERE ~ via Oh-Dara.com

That’s all for now ~ If you would like to add more ways to support We Broke Up ~ kindly drop a message below ⬇️ and we will update this page A.S.A.P. 😊