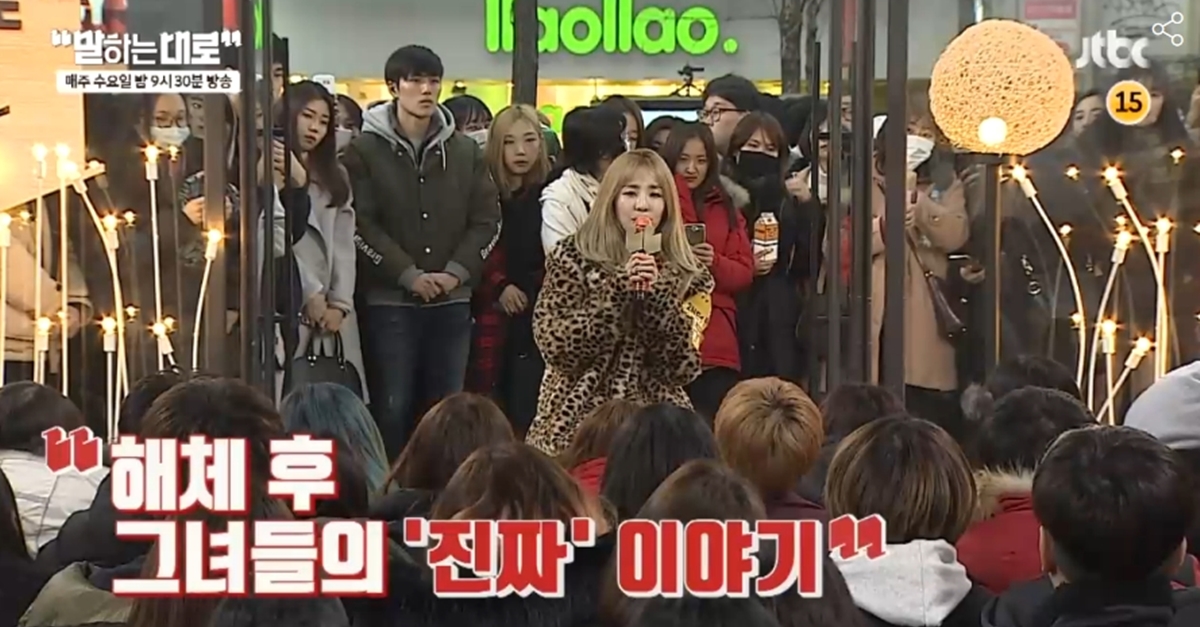 On the 18th, JTBC’s “Talking Street (As I Say)“ filmed an episode with guests Sandara Park, Seo Janghoon, and journalist Im Gyeong Seon.

Sandara Park, who had a talking busking in Hongdae said, “I’ll tell my honest thoughts today, after 2NE1’s disbandment,” she said, opening her busking with those words.

She continued, “I felt like something I wanted to hide was revealed, when we got back to the dorm, I hid and cried.” After hearing this, MC Yoo Hee Yeol was flustered.

Sandara Park, who showed the most unique personality among strong members, revealed her heartache, “At that time, I thought that my existence in 2NE1 was like kkagdugi,” she said, revealing her honest thoughts as she was moved to tears. (T/N: kkagdugi is literally Cubed Radish Kimchi, but it can also be slang for someone extra or a supplementary)

Sandara Park continued, “I lost my confidence little by little and I felt daunted and intimidated. At that time, I thought that my existence wasn’t necessary in the team. But every time I felt that, the members always set out to encourage me and I was able to calm my heart after,” she said, expressing her gratitude to the members.

On the other hand, Sandara Park will also talk about 2NE1‘s disbandment as one of the “talk buskers” in the episode. It will be broadcast on the 25th, at 9:30PM on JTBC’s “Talking Street (As I Say).”