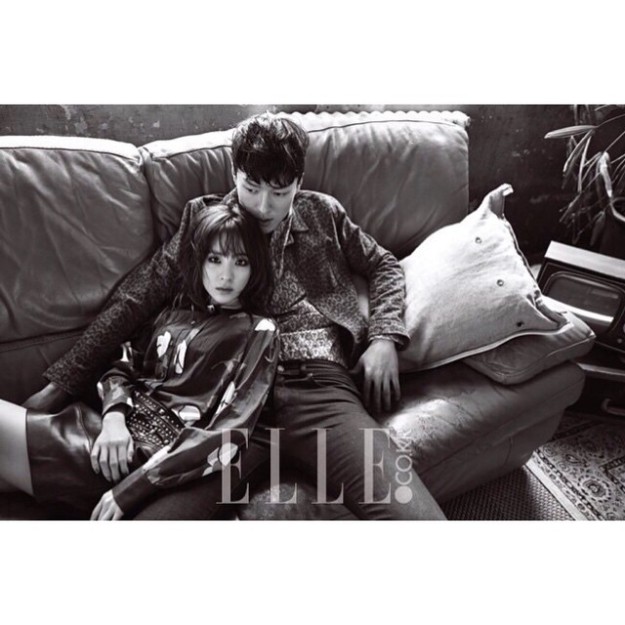 Scheduled to play as the lead couple in the summer web drama “We Broke Up”, Dara and Seungyoon showed great chemistry through the magazine photos and is building hope that their on-screen interactions will also give off sparks.

Dara uploaded a trio of photos from the Elle Korea photoshoot

The first showed Dara and Seungyoon hanging out in a rustic room. Dara was perched atop a wooden piano while wearing a printed dress. She exuded a more mature image with her bangs and smokymakeup. Meanwhile, Seungyoon was sitting below him in a casual outfit of a printed jacket, v-neck shirt and jeans.

The second photo Dara uploaded puts the pair in a more dramatic and intimate pose. Shot in black and white, the photo shows Dara lying on a sofa and leaning against the torso of Seungyoon.

The final teaser photo from Dara shows the love square that will likely develop in “We Broke Up” consisting of Dara, Seungyoon and the second leads, model-actor Jang Ki Yong and model-actress Kang Seung Hyun.

In “We Broke Up”, Dara will play the role of Noh Woo Ri, a bright girl looking for a job who ends up living with the indie band vocalist and part-time worker Ji Won Young, played by Seungyoon.