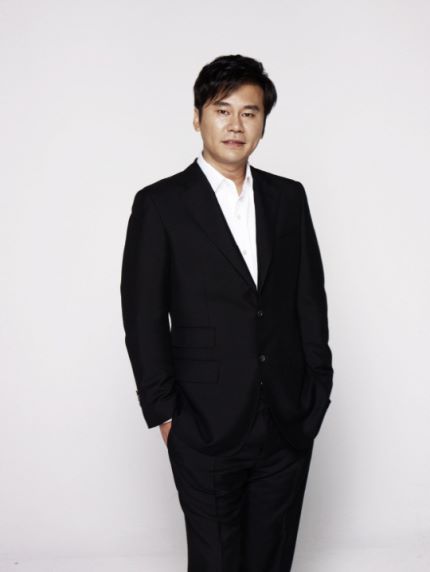 These days, the success stories of Mr. Yang, the main producer of YG ENTERTAINMENT, are a buzzword in the entertainment industry. For years, he has been considered a successful producer, who has helped BIGBANG, 2NE1, WINNER, AKDONG MUSICIAN and other YG artists establish themselves as top-notch musicians. And now, he has become an envy of many, as YG has managed to expand into other industries, not just confined to entertainment business.

Some even say that Yang never fails. At the initial stage, YG investors were suspicious about YG pursuing other industries, but they are exhibiting great confidence in the company’s aggressive expansion strategy these days. This article looks at Mr. Yang’s success stories and plans for this year, who is now writing new chapters in the history of Korea’s entertainment business.

Kim, Hyo-joo, a Korean professional golfer nicknamed “Super Rookie,” won the JTBC Founder’s Cup on Mar. 23rd held in Wildfire Golf Club in Phoenix, Arizona. Kim’s victory was even more remarkable because it was her first win on the LPGA tour and she won the championship right after she decided to work with Mr. Yang.

On the 2nd of last month, YG took over Kim’s management company, announcing that it would enter golf business. And only about 20 days after that news broke, Kim won the championship.

This is just the beginning of a series of Mr. Yang’s latest success stories.

CHA SEUNG WON, an actor, signed a contract with YG in Jan. last year. But Cha was embroiled in a paternity suit and the movie “Man on High Heels,” where he starred, did poorly at the box office, raising concerns whether he was falling into a slump. But those concerns have dissipated immediately as he appeared in tvN’s show “Three Meals a Day.”

CHOI JI WOO, an actress who has been popular in many Asian countries, is doing very well these days after signing with YG in Feb. last year. For years, she has had an image of being difficult to approach. But after working with YG, she has appeared in many entertainment programs, including “Grandpas over Flowers,” and has established a more down-to-earth image.

TABLO, who was caught up in a controversy over his academic credentials, is another artist who has regained popularity after joining YG. EPIK HIGH, a group where TABLO is playing a leading role, is considered to have established their presence once again, with their album released last year after signing with YG well received by the public.

All this may have been a coincidence, but they all happened based on the judgment and decisions made by Mr. Yang. Industry insiders are very envious of the series of successes made by Mr. Yang, saying “He seems to have gained momentum toward success.”

▶Business Expansion in His Own Way!

Other business projects Mr. Yang has been aggressively pursuing have gained substantial momentum.

In Sep. last year, YG attracted $80 million (82.7 billion won) worth of investment from L Capital Asia, a private equity fund of the LVMH Group. And Natural Nine, a joint corporation established by YG and Cheil Industries in Aug. 2012 for fashion business, have collaborated for the last two years to successfully launch the young casual brand “NONAGON.”

YG’s cosmetics business is also expanding into other Asian markets. In Oct. last year, YG launched a cosmetics brand “MOONSHOT,” whose 3-story flagship store in Samcheongdong is flocked by many foreign tourists. Encouraged by the soft-landing in the market, the cosmetics brand is now considering expanding into overseas markets, primarily into Asian countries.

It is true that many entertainment companies have made investments in other fields, but with not much success. And experts say that the fact that YG is doing well in other business areas demonstrates the business acumen of Mr. Yang, who thoroughly prepares for business expansion for many years and makes a drastic move when the time comes.

With their business projects being very successful, YG generated 156.3 billion won last year, the highest sales record since its establishment. This is more than twice the sales in 2011 of 78.1 billion won.

While YG is doing very well in many different areas, its real success story begins on Apr. 1st, 2015.

Releasing new songs is what Mr. Yang does best and where he shows the greatest confidence. Considering that he does not disclose imperfect title songs, the new song to be released this time is expected to greatly appeal to the public.

Analysts are also expectant of the future activities of YG artists. “With BIGBANG the first to make a comeback in three years, other YG artists are expected to make a debut or comeback this year,” said analyst Jeong You-suk of Kyobo Securities. “In the 2nd quarter of this year, IKON will make a debut, after BIGBANG’s release of their album. After that, WINNER is scheduled to release their second album, followed by the release of a new song of PSY in summer.”

“CL, a member of YG’s girl group 2NE1, is going to release an album in the U.S. in the first half of this year, and 2NE1 will make a comeback in the second half. There is also a possibility that YG’s new girl group might emerge late this year, after their debut has been delayed for a while,” he added.

Mr. Yang has become a very successful producer in the entertainment world along with his successes in other fields. And with a series of scheduled appearances of YG artists this year, Mr. Yang and his company’s race toward the top of the industry is expected to gain further momentum.