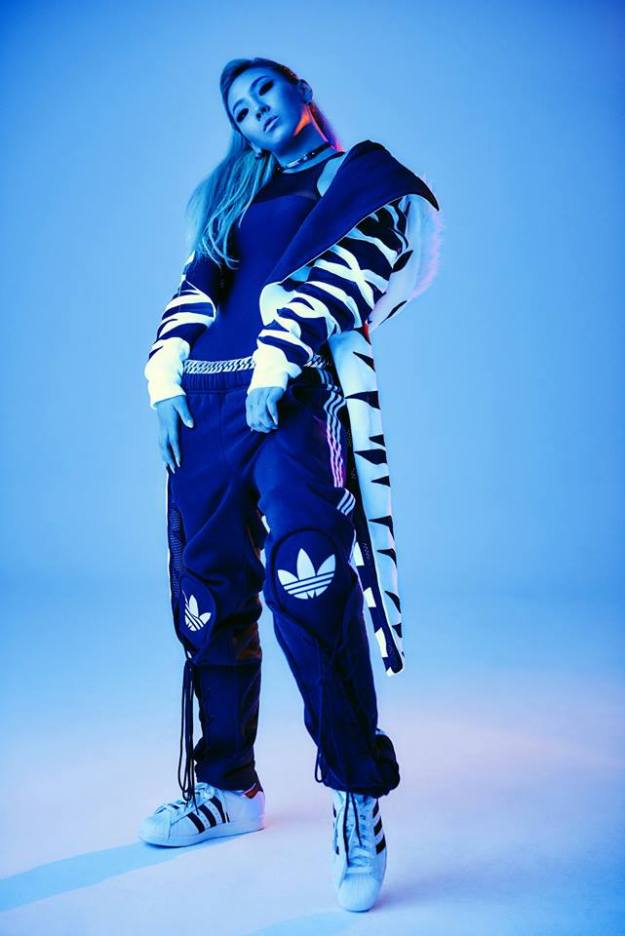 According to Adidas, the exhibition was a visual time machine, taking visitors into the past and the future. In an official press release a brand representative stated, “Visitors will be taken through a journey

to the present and have the opportunity to glimpse into future executions and interpretations of the iconic model; first looks at the redesigned Superstar for 2015, the Adidas Originals NYC Rivalry Superstar collection, and the Pharrell Williams Supercolor collection.”

“Through elevated events and activations visitors will be empowered to re-think the meaning of the ambiguous Superstar and understand its iconic status in sneaker culture.”

The exhibit took place at 138 Wooster Street in New York from Jan. 16 to Feb. 15. It included photographs

K-pop girl group 2NE1 were featured in the exhibition. The group members have been endorsement models for Adidas for several campaigns, including the Jeremy Scott x Adidas footwear collaboration project.

The featured photos showed CL, Dara, and Minzy in Adidas clothing and shoes posing in a simple studio. The photos had a tinted-blue filter and mainly showcased the Adidas Originals Super 80s Vintage Deluxe Shoes.

The popular unisex shoes have also been worn by Song Jae Rim in the February issue of Singles, Bae Doo Na in High Cut Vol. 143, and VIXX’s Hyuk in the group’s “Love Equation” comeback teaser photos.