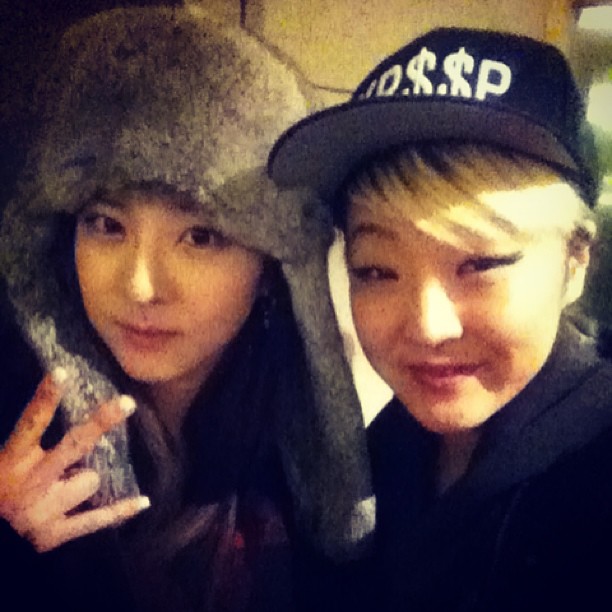 If Filipino fans are missing the lovely Dara Park, you might have a chance to see the 2NE1 singer at Lydia Paek’s concert!

Recently, photos have surfaced on Instagram showing Dara arriving in the Philippines. According to YGLadies, the singer will be in the country briefly to support close friend and fellow YG Entertainment artist Lydia Paek. For those who do not recognize the name, Lydia Paek is one of the record label’s most prominent songwriter who has worked with artists like 2NE1 and Lee Hi.

“I’m so glad that I can just be a part of creating for 2NE1,” said Paek during an interview with Charles Chan. “They’re a great group of girls, and so talented.”

The camaraderie amongst the “YG Family” is evident as photos appeared on August 7 showing Dara and Lydia enjoying the scenery at Taal Lake before Paek’s show at Zirkoh Tomas Morato in Quezon City.

“I want to be Wonder Woman for tonight and fly to Zirkoh to see Dara and Lydia,” tweeted Kwon Yhica on Twitter.

Previously, Dara was in Manila along with fellow 2NE1 members for their “All or Nothing” concert on May 17, so this will be a rare opportunity to see the K-pop idol before she allegedly leaves on August 9.

As for Lydia, perhaps the singer has plans to release her own material sometime in the future.

“I’m not signed to [a record label],” said Paek last year. “I’m just doing me, I write music and I dance here and there. But I am working on a mix tape.”