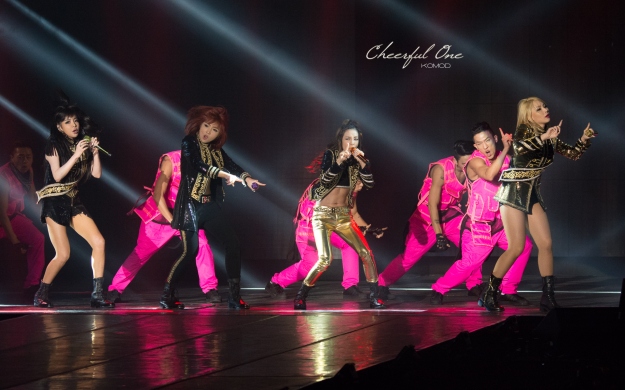 Female K-pop group 2ne1’s Manila concert on Saturday,  May 17 at the Mall of Asia Arena, is extra special for its Filipino fans because the award-winning group will be celebrating  its fifth anniversary on that day.

One of the members, Sandara ‘Dara’ Park , who first became a popular star in the Philippines before conquering the K-pop world, tweeted this to her followers recently.

“We’ll be in Manila that day for AON tour! I would love to celebrate this special day with Blackjacks (the group’s Filipino fans),”  Dara told a fan.

She  also took to Twitter to invite other Filipino friends.

2NE1,  which is also made up of  Park Bom, CL and Minzy, debuted in May 17, 2009 with its  chart-topping single “Fire.”  The group has since earned a wide fan base because of its unique music style and quirky fashion.

2NE1 kicked off its “All or Nothing” world tour in at Seoul’s SK Olympic Handball Gymnasium on March 1 and 2. Among the other cities the group visited were Hong Kong, Shanghai and Beijing.

The group recently promoted its album, “Crush,” which includes its hit songs “Come Back Home,” “Crush” and “If I Were You.”

YG Entertainment’s newest male group Winner will be joining 2ne1 in the Manila concert. Winner, a five-member group which won the talent reality show “Who is Next: Win” in 2013, is made up of Kang Seung Yoon, Song Minho, Nam Taehyun, Kim Jinwoo and Lee Seunghoon.